Can they stop my leave because I am pending UCMJ?

I am being recommended for a company grade Article 15 because I missed an appointment. I missed that appointment because i was escorting a Soldier. I feel this is a severe punishment. The last time I was counseled was May 2010. I have not been counseled monthly or annually. They also informed me that my packet was lost and I needed to resign the counseling form. They cannot backdate a counseling, am I correct? It of course is block leave for Christmas and I was told today that my leave had been pulled because I am flagged pending UCMJ action. Are they allowed to do that?

With regard to missing and appointment and escorting the Soldier I cannot tell you what is appropriate. If you were directed to escort the Soldier and missed the appointment as a result of the direction/order, you most likely have a case against the Article 15. But this will be for a JAG representative to discuss with you.

With regard to not being counseled monthly or otherwise I am not sure it has any real bearing on the issue. While it is inappropriate that you have not be counseled regularly and it is something you could bring up during an Article 15 proceeding, it has no bearing on missing an appointment.

Leave as a benefit

With regard to leave. To my knowledge a Flag only stops advanced or excess leave. Normal leave is a benefit (meaning it is earned as part of your compensation), not an privilege. Therefore it can only be stopped in rare cases. For example, the command can disapprove leave if they could prove you are a flight risk for AWOL.

Therefore you most likely have a case to continue on your leave. I would encourage you to  consult with the IG to ensure you are armed with the facts and then approach your chain of command.

Your chain of command has more important things to do then go after Soldiers. Most situations can be defused by approaching the chain of command in a professional and humble manner with open communication. In my experience when Soldiers approached me this way it did a lot to improve their position in the issue. Admit when you are wrong, be sincere, and move on. The only thing the command team is usually looking for is to correct substandard performance. If there are other motives it usually appears in the paperwork or lack of paperwork.

What is a flag?

AR 600-8-2 provides specifics about flags and I would encourage you to read it. Here are some extracts:

1–14. Actions prohibited by a flag

A flag properly imposed in accordance with this regulation prohibits the personnel actions listed below (see para 1–15 for exceptions). The PSC will control the if applicable to guard against accidental execution of—

d. Promotion or reevaluation for promotion.

i. Advanced or excess leave.

l. Family member travel to an oversea command (when sponsor is overseas).

m. Command sponsorship of family members in an oversea command (when sponsor is overseas).

(1) Flags for APFT failure block promotion, reenlistment, and extension only.

(2) A flag is not initiated if the soldier has a limiting physical profile that specifically prohibits taking the APFT.

(1) Flags for weight control block only attendance at full-time civil or military schooling, promotion, awards and decorations, assumption of command, and reenlistment or extension.

(2) Soldiers attending a civil or military school on the date of the flag will not be removed from such schooling.

(3) Commanders may approve reenlistments and extensions under certain medical conditions as advised by the supporting total Army career counselor.

(1) HQDA will reassign soldiers returned to military control from dropped from the rolls (DFR).

(2) Soldiers in receipt of HQDA reassignment instructions may depart when their case moves into the punishment phase if the punishment does not require the soldier’s continued presence.

(5) Flagged soldiers may be reassigned if—

(a) The flag is based on APFT failure.

(b) The flag is based on entry in the weight control program.

(c) The flag case is in the punishment phase with no restraints on liberty imposed by civil court, court-martial, or

(d) Reassignment is deemed necessary by installation or major overseas commanders (within their command) for the maintenance of discipline, morale, and unit order.

court-martial to dismissal or a punitive discharge when the sentenced has not yet been approved.

(2) The GCMCA or designee may grant an indefinite period of excess leave to soldiers awaiting administrative discharge in accordance with AR 600–8–10.

(3) Commanders may grant advance or excess leave when emergencies exist.

e. Unqualified resignation, discharge, or retirement.Flagged soldiers may submit requests for consideration by

(1) Flagged ARNG and U.S. Army Reserve (USAR) soldiers may not apply for AD or ADT.

(2) HQDA may direct involuntary AD or ADT for flagged ARNG and USAR soldiers.

h. Erroneous flag will be declared void and of no effect. 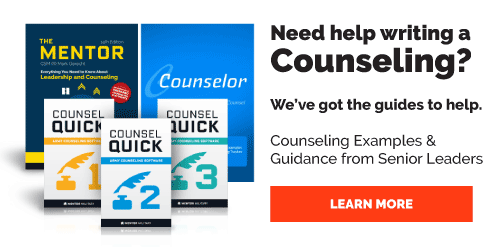