Give them an inch and some Soldiers will take a mile

While most soldiers want to do a good job, there are a few who decide they don’t have to do what you tell them. For them, jerking the boss around when they get corrected is their idea of entertainment. In many cases, these soldiers are nearing the end of their enlistment, and they have no intention of remaining in the military. While old vets rarely talk about it, such behavior becomes more common when wars draw to an end, particularly long, unpopular wars. In this regard the current war in Afghanistan has much in common with the Vietnam War, where attitude problems among disgruntled short-timers were a major issue. Although the Army depended heavily on draftees during the Vietnam War, the same dynamic comes into play with today’s all-volunteer force.

Why do some soldiers have bad attitudes?

Some soldiers are disillusioned, fed-up with the military, and ready to get out, yet their ETS is still a long way off. Attempting to motivate discontented soldiers with the usual appeals to be professional or to be combat-ready doesn’t work. Mentally they have already quit. Unfortunately, their body is still in the military and they are still members of your team. When they become disrespectful or refuse to follow your instructions, they are attempting to bully you, despite the fact that you outrank them. From their point of view, they aren’t staying in the Army anyway, so What are you gonna’ do, Sergeant? Send me back to Afghanistan? I don’t give a s___! As they see it, they have nothing to lose. At worst they might get a chapter discharge and get out quicker. So, what’s the big deal?

Sometimes their tactics are less confrontational, but equally annoying.

CPT Williams, the legal officer with a deployed brigade combat team, told SSG Shute that he wanted certain things done on the night shift. When he came in the next morning, he found that none of them had been done. When confronted, SSG Shute told him that he hadn’t done them because he didn’t think they were important. A career officer from a military family, CPT Williams was fried. He got in SSG Shute’s face and demanded that in the future he comply with instructions. SSG Shute responded with “Yes sir,” but then continued to ignore CPT Williams’s instructions, secure in his position as the senior legal staff member on the night shift. CPT Williams formally counseled SSG Shute on numerous occasions, carefully documenting each incident of noncompliance. He became increasingly frustrated as his attempts to correct SSG Shute’s behavior failed. Eventually he succeeded in getting SSG Shute relieved and returned to Ft. Bragg.

In this example, SSG Shute didn’t backtalk CPT Williams, however, his resistance to following orders was infuriating to his boss. In the end, he achieved his objective, which was to get out of this deployment. Problem soldiers are not stupid. They know the rules and some are very smart at knowing just how far they can push you. Given the fast track for promotions during wartime, these individuals don’t top-out at specialist or receive a bar to re-enlistment, as they might at other times. They often rise to leadership levels, whether they are
leadership material or not.

When you are dealing with more junior soldiers, it might seem that the solution is easier. You can give them extra duty, drop them for push-ups when they smart-mouth you, or require that they write a paper or present training to the rest of the section on the issue at hand. These techniques might work if the soldier gives a damn. When they don’t care, you have to ramp up the message. 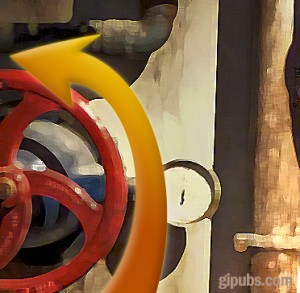 Sometimes you have to ramp up the pressure when Soldiers don't get the message.

SGT Toro had had it with SPC Dismuke. Every time he turned his back or left the duty section SPC Dismuke was texting or talking on her cell phone. She seldom got her work done, and when confronted, she was full of a thousand excuses. SGT Toro was sick and tired of having to do the work she should have done. His counseling efforts had no effect. SPC Dismuke was focused on getting out of the Army. She had a short-timers calendar prominently displayed, even though she still had nearly a year remaining on her enlistment. When SGT Toro demanded in a loud, stern voice that she complete the work he had assigned her, she got right back in his face. “You can’t make me! I might have to be here, but I don’t have to do this s___!! And if you push me, I’ll report you for sexual harassment!!” SPC Dismuke thought she had trumped her boss. What she didn’t know was that SGT Toro had kept the NCO chain of concern informed of the situation and the measures he had taken to correct her performance. When this outburst occurred, SGT Toro reported it to his squad leader and the platoon sergeant. The platoon sergeant called SPC Dismuke in along with SGT Toro, and coldly informed her that while she could continue to resist doing her job, he could make life hell for her by recommending to the first sergeant that her off-post privileges be revoked, and that she could be restricted to the barracks, dining facility, and duty section, if her attitude and duty performance did not improve. Unfazed, she continued her don’t-givea-damn attitude. Then, as her platoon sergeant had promised, the first sergeant lowered the boom on her, revoking her privileges and advising her that further disobedience would result in a recommendation for an Article 15. Suddenly she became much more compliant. While she never became a model soldier, she did her job until her ETS.

In this example, the soldier’s poor attitude took her back to behavior that had undoubtedly worked for her as a child, No, I’m not going to do that and you can’t make me. So there. (accompanied by a scowl and locked jaw.) Throwing in a cheap shot of harassment was just her idea of a clincher. In her case, this charge had no basis in fact, but that was beside the point as she saw it. SGT Toro wisely chose not to get into a shouting contest with her, instead choosing to bring in preplanned artillery fire. Do not lower yourself to their level. Resist their efforts to suck you into their game of I’ve got you now, you son of a b____. Focus on our objective and don’t let them sidetrack you.

Leadership is an art

And unlike dogs, in the military you can’t bite them into submission.

While there are exceptions, often these soldiers have been passed around from one section or unit to another, because they were problems. As a result, they have plenty of experience and they know how to get your goat. When someone quits soldiering, you have some choices. You can disengage and mentally consign them to the burn pile, which just results in more work for yourself and the rest of your team members. You can get in their face and bark at them, a surefire way to start a dogfight even if you are the big dog. And unlike dogs, in the military you can’t bite them into submission. Barking has its place, but too much barking will only produce disgruntled compliance and a soldier just waiting to sabotage you when the opportunity presents itself.

SPC Landes had already been busted from sergeant for a series of incidents. At one time, he had been a good soldier and a leader with potential. He was on his third deployment, this one to Kuwait as part of a logistics unit charged with recovering and returning equipment to the US. When his squad leader, SSG Dewitt, insisted on yelling at him again and again, because he wasn’t working fast enough, SPC Landes decided he’d had it. He started slacking off on safety and quit using ground guides. As a result, he parked a vehicle in a blind spot, where it should not have been. Heavy equipment was being used in the area and a forklift collided with the vehicle causing major damage. SSG Dewitt caught hell for the accident. When he confronted SPC Landes about not using ground guides, SPC Landes calmly replied, “Hey, you told me to speed it up…” From SPC Landes point of view, he had worked faster by eliminating the wait for a ground guide. The worst that could happen to him was another reduction in rank, and maybe if he was lucky, a chapter out of the Army. He also knew that if leaders recommend too many soldiers for Article 15s, it reflects badly on the leader and gets them into hot water.

As this case demonstrates, leadership is much more complicated than just barking orders and demanding that soldiers meet your standard. Unless you like ripping your hair out and getting pissed, save your barking for the times when it is truly required. There are more effective ways to solve problems with disgruntled soldiers, who want to butt heads with you because they have nothing to lose.

Note: Thanks to SGT Nick for suggesting this topic.

Watch for the next article in this series which will address how to get disgruntled soldiers back on the team.