Just as military units avoid committing their forces to diversionary attacks and feints, leaders must be alert to being drawn into minor skirmishes that sap their strength and divert valuable assets from the mission. On an individual level, personality conflicts are a prime example of this. Leaders can allow themselves to become snarled in clashes of personal style that take enormous amounts of mental energy and are ultimately self-defeating. 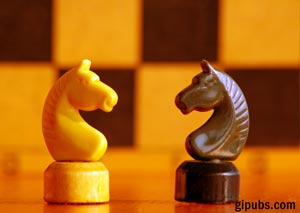 “The more time you spend as a leader, the more potential battles you will encounter…conserve your strength for the fights that actually make a difference.”

SSG Newnan worked for a section chief who was blunt to the point of rudeness. The chief’s attitude not only to the members of the section, but to SSG Newnan personally was extremely irritating. SSG Newnan alternated between being mad at his chief and trying to figure out how to change the chief’s behavior. He attempted to talk directly to his chief about it, but every time he tried, the chief dismissed him with a brusque comment which was even more infuriating. SSG Newnan found it increasingly difficult to work for his section chief and it began to show. After several months, the sergeant major took SSG Newnan aside and said, “You’re a good squad leader and you’re wasting a lot of energy being angry with your chief. You’re right. He’s hard to get along with and that’s just the way he is.  You aren’t going to change him. Get focused on the mission and on taking care of your Soldiers. Don’t sweat the small stuff.

Personality clashes aren’t restricted to senior subordinate relationships. They can also be a factor in dealing with co-workers and peers. When you let yourself become caught up in anger or frustration at a single individual, you are like the trainee who decides that her drill sergeant doesn’t like her and that nothing she does will ever be right in the drill sergeant’s eyes. In truth, the target of your aggravation rarely singles you out for special treatment. An objective look at their behavior will reveal that they treat others the same way, with the exception of their friends and superiors.

The more time you spend as a leader, the more potential battles you will encounter. Use your experience to avoid getting caught up in the unnecessary ones and conserve your strength for the fights that actually make a difference. Look ahead to the potential outcome and pick your battles.

The above article is an excerpt taken from Move Out: The Insider’s Guide for Military Leaders by Colonel Jo B. Rusin, U.S. Army Retired.